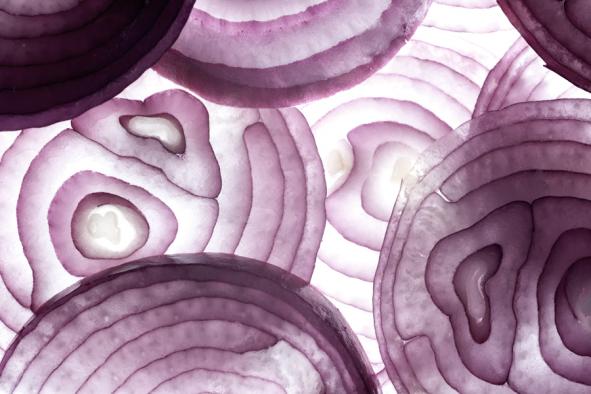 ONIONS THAT DON'T MAKE YOU CRY

very year the science humour magazine "Annals of Improbable Research" hands out its Ig Nobel prizes. This parody of the prestigious prizes offered by the Swedish academy highlights ten unusual and unexpected scientific achievements. One of this year's awards went to a Japanese team from food company House Foods (famous in Japan for its instant curry products), which was charged with finding out why some onion and garlic mixtures turn a greenish-blue when cooked, rather than brown. In the course of their research, they discovered that the enzyme in onion that irritates the eyes is not the one that was previously thought responsible. Given that this enzyme is linked neither to the flavour nor the smell of onions, the team determined that genetic modification could create an onion that causes no tears, while keeping its flavour intact. Upon receiving the prize, the scientist who led the team, Shinsuke Imai, thanked all those who were required "to cry" during the research. The award ceremony takes place every year at Harvard University's Sanders Theatre and includes genuine Nobel Laureates on the jury. The prizes are intended to "celebrate the unusual, honour the imaginative and stimulate interest in science, medicine and technology".