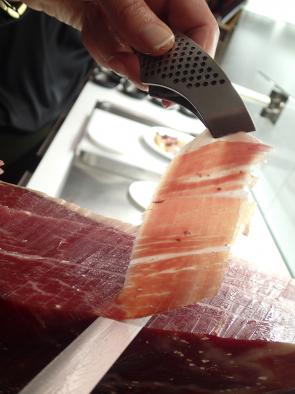 Umami: the fifth essence of taste

Sweet, salty , bitter, and sour. So far, most of us have learned that we can classify flavors into these 4 major groups. But, for example, what if someone tells us that the taste of Joselito ham has a touch of Umami? What exactly is Umami?

Until 1908, only the four flavors listed previously were known. However, it was then that the Japanese scientist Kikunae Ikeda, convinced that the taste of the dashi soup (typical in Japan) contained some nuance that could not be defined as being any of the four classic flavors, insisted on discovering this mysterious element. Analyzing the main ingredient contained in the broth - the seaweed - he extracted the crystallization of a single substance: monosodium glutamate, which is an amino acid. He called this taste the "Umami," which is a derivative of the word "umai", which means "delicious" in Japanese.

And the umami is precisely this: a type of flavor enhancer of food, without making food salty or spicy. It simply intensifies food flavor and makes it much more palatable. Anchovies, some types of fish, seafood, cured cheese, and of course, Joselito ham are some of the foods that have higher concentration of the umami flavor.

Glutamate is an amino acid present in all proteins and, by extension, it is umami. This flavor can be distinguished more when there is a greater degree of salivation. An Iberian ham like Joselito contains a large number of amino acids, such as glutamate, so it is considered one of the foods that can have a greater touch of umami. And in fact, the low level of salt contained in Joselito ham and its rather sweet connotation - explained in Joselito - increases the degree of salivation, thus enhancing the hues of the best ham in the world, including the most unknown of all.

The most curious thing about this flavor is that it provides benefits for your health. Since it enhances the flavor of foods, it allows the reduction of salt in your dishes. So adding umami ingredients like Joselito to your recipes will be as good for your body as our Iberian ham is to your taste. A simple way to give a touch of Joselito to your dishes is to season them with multiple forms of different types of cuts of ham. In addition , Joselito ham is also beneficial for your body as it contains , naturally, components that reduce the risk of cardiovascular disease.