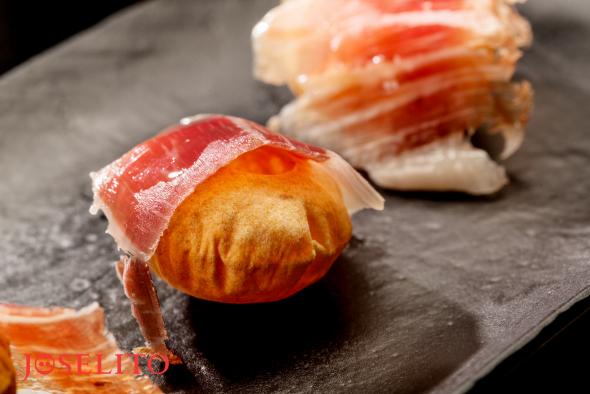 Tapas according to Ferran Adrià

Ferran Adrià attended to previous event of the award ceremony of the best UK restaurants, given by Restaurant Magazine on early July. Adrià delivered a conference about the tapeo art in front of an audience compound of two hundred British chefs in the Londoner social and sports club The Hurlingham Club.

The best chef in the world defined tapa as a small food portion, currently prepared with any product, albeit it was only prepared with Spanish food long time ago. The cook considered that, when eating them, you can either use your fingers or cutlery, present them in small dishes, and they must be shared while being seated or stand up around a table or a counter, and at any time of the day.

This concept is pursued by restaurants and bars such as Tickets, run by Ferran’s brother, Albert Adrià, or Bodega 1900,also part of the group led by these two geniuses Catalan cookers ,which adapt the ingredients that compound these dishes to a wider diversity than the original Spanish ones, while using the most state-of-the-art techniques of modern gastronomy. Adrià explained that these businesses are based on the contemporary tapa concept, which is seen as a tasting menu version. Therefore, this is about gastronomic spaces which each dish is a sign of the current haute cuisine, available to the wide public.

Actually, according to this trend of bringing closer haute cuisine to the wide public, Ferran Adrià created for Joselito LAB 40 recipes in which Joselito Spanish ham was the main ingredient; some of these recipes are perfectly suitable to be served as tapas: the typical patatas bravas, croquettes, anchovies, artichokes with quail egg and Joselito and delicious Joselito Spanish acorn-fed ham slices, properly carved. And the versatility of Joselito lets you combine perfectly with a multitude of recipes.