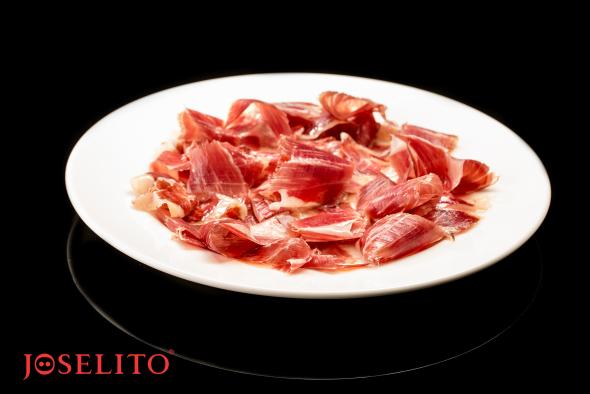 Since the dawn of time, humans have looked for a formula, a substance or an ingredient that would prolong their lives or even make them eternal. This is what has been called "the elixir of eternal youth" in literature and countless paragraphs have been written about it.

Many have challenged the passage of time with unclassifiable, ingenious and often surreal experiments and, without a doubt, this is a task that has been repeated over and over throughout human history. Nothing could be further from the truth as a recent study has shown that the consumption of acorn-fed Iberian ham is a perfect ally in our battle against ageing.

The secret of this formula of youth lies in the fact that several components in Joselito ham are antioxidants, meaning that they contain natural elements that are able to stop the natural process of deterioration and ageing of cells in the human body.

According to Dr Francisco Martín Florido, scientific advisor and university expert in anti-ageing medicine, "ham reduces cholesterol and triglycerides due to the great amount of oleic acid it contains. It also contains Vitamin E and Selenium, which fight ageing by neutralising free radicals and oxidative stress, which are responsible for illnesses such as Parkinson's or Alzheimer's".

The mechanisms through which the intake of Joselito ham improves oxidative stress are based on its high content of monounsaturated fatty acids and in the presence of specific antioxidant substances.

The antioxidant base of Iberian ham comes from the type of feeding received by our animals during rearing, in addition to its slow and completely natural curing process. In the case of Joselito hams, the entire curing process is done using ancestral techniques thanks to its over 100 years of tradition. All of this allows Joselito ham to be rich in omega-3 and omega-6 fatty acids, which are substances that contribute to slow ageing and provide great health benefits.

Additionally, a study has also confirmed that the fat in acorn-fed Iberian ham is one of the best nutrients in a health-focused diet, as they contain a high proportion of oleic acid. Thus, different experts state that Joselito ham is "a very nutritious food", not only because it provides the basic nutrients for an active body but also because it is easily digested and becomes a fundamental ally to our health.