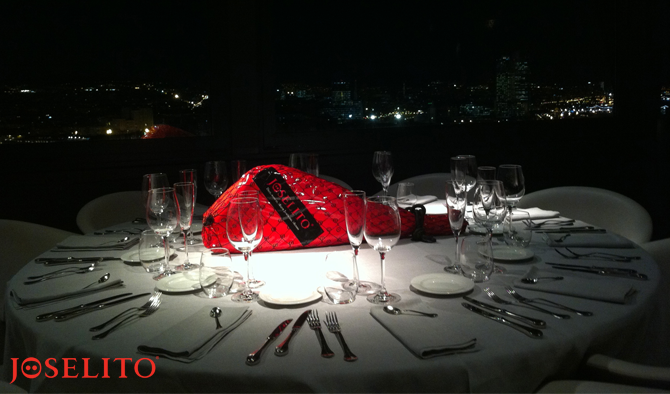 Everything matters at the dining table

A Joselito’s Iberian burger is always something to crave. But if served on a white plate it will be much more appetizing than served on a black one. This is the conclusion reached by scientists of Oxford University in a study that appraised how the color of a recipient used to serve food might affect consumer’s perception; in the case of food, white color was the one making food more appetizing than others. The study results show that even the cutler color could influences the taste that diners perceive in the menu. Once again, white was to color that created a much more intense and pure flavor.

But color is not the only cutlery feature that might influence taste perception. Another study of the same English university assured that the cutlery weight also affects our taste sense. This alteration is much more notorious when forks, knifes and spoons’ weight is different than the expected by the dinner; a difference that triggers a much more pleasant food’s aroma and flavor. Cutlery’s shape also modulates taste’s perception; hence, it is said that more salty notes are created if one’s eats with a knife than with a spoon, a fork or a toothpick.

It is obvious that creativity in the kitchen is boundless. There are so many details having a key role at the dining table that we can barely pay attention to all of them. Combining different flavors and textures is not enough and context and the five senses get involved in order to create unforgettable gastronomic experiences. Presentation and its resulting sensations are the new key aspect of current haute cuisine, an aspect that is very well known by Andreu Genestra. Genestra is the chef of his homonymous restaurant, which is part of the cook’s line up of Happy Joselito, and shows his creativity when exhibiting his creations with a dish and cutlery collection specially designed for each recipe.