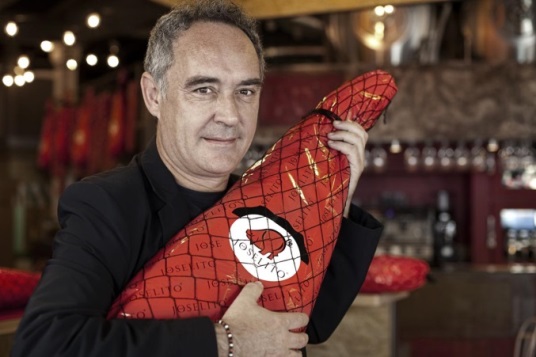 20 days a year to enjoy ElBulli

Food lovers are in luck as the new space for creativity, ElBulli1846, will open its doors 20 days a year enabling a small group of people to enjoy the new dishes by Ferran Adrià, doubtlessly one of the best chefs in the world.

In July 2011, Ferran Adrià surprised us with the closure of what had been deemed the best restaurant in the world five times. It looked like the emblematic institution had gone down in history but, a few days ago, the chef surprised us again by stating that, in June 2016, he will open a space, ElBulli1846, where the new dishes he will create with his research team can be enjoyed.

ElBulli1846 is one of the three pillars of the elBulliFoundation, which will be headquartered in a building of almost 4,400 square metres in Cala Montjoi (Roses), which will be respectful towards the environment and use clean energy. This building will be a space for exposure, a creativity centre and a restaurant but never all three at the same time. The site will be located at the former facilities of ElBulli, with the purposes of promoting gastronomic culture and high-level training and is expected to be built by early March 2016.

ElBulli1846 will employ a team of 30 to 40 gastronomy professionals, who will explore the efficiency of creativity in the kitchen eight months a year. These cooks will be under the guidance of Ferran Adrià. At the end of the season, lunch and dinner will be served for 20 days. Half of these meals will be free to those who get a table through internet-based raffles. The other half will be charged and the money will be used as fundraising for the maintenance of the elBulliFoundation.

Thus, elBulli1846 will combine innovation, creativity and research with the promotion of the legacy of the prestigious restaurant in a holistic architectural concept. These are some of the characteristics of an initiative that also seeks to combine the "smart" dimension with the sustainable one.

In addition to Ferran Adrià, Juli Soler, former head waiter at elBulli, and architect Enric Ruiz Geli will be involved in the project, the latter taking care of making the facilities fuse with nature and the environment where they are located.