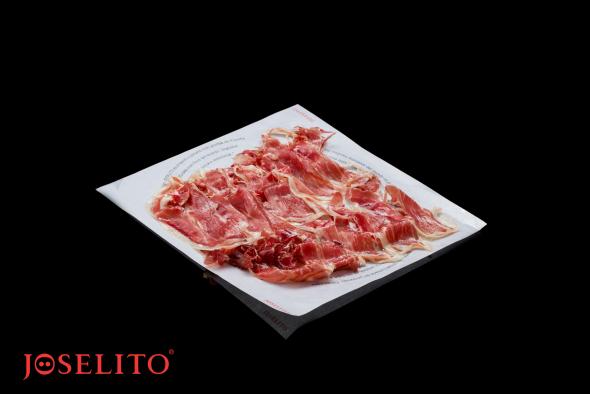 The word “jamón” brings to mind an infinite sense of flavour and pleasure, which activates countless sensations in the body. The brain sends a signal to our salivary glands to increase saliva secretion, which is commonly known as “making the mouth water”.

Though a number of words provoke this bodily response, the truth is that the term “jamón” is simply the combination of five letters which define an exceptional product which truly represents Spanish gastronomy. In addition, contrary to popular belief, the word “jamón” is not Spanish in origin, but French.

If we are to explore this word’s history from its earliest origins to the present day, we must go back to the Greek word “kampé,” which referred to the hock on an animal’s leg. This meaning was transmitted to Classical Latin in the form of “camba,” which rapidly evolved until the phonetic form of “gamba” became widespread, a word with no relation to the Spanish “gamba” (prawn), and with an entirely distinct etymological origin.

Around the year 1080, the written word “jambe” began to have the meaning of “leg” in French such that as early as the 13th century, examples of the form “jambon” may be found. In the realm of the arts, the French word “jambe” also produced the architectonic technicism of “jamba”, that is, the lateral pieces of a door or window, a meaning which travelled to Spain on the back of the artistic trends of the 16th and 17th centuries and which has nothing to do with the topic at hand.

Though it is thought that the Word reached the Iberian Peninsula much earlier, it is not until the year 1335 that we find the first example. It took the term some time to become widespread, since, up until the 16th century, the word “pernil” was used – and continues to be used in Catalonia today.

When the term “pernil” finally stopped being usual under the influence of the French in the world of cuisine, the term “jambon” evolved to become “jamón” and became a definitive feature in the Spanish language.

Interestingly, in Portuguese, the word “presunto” (ham) has no relation to the French or Spanish words, instead stemming from “prosciugare”, which means “to dry”, just like the Italian word “prosciutto”.

In any case, all words in different languages ​​have the same meaning: an exceptional product that , in the case of Joselito , is the result of years of tradition , effort and enthusiasm .