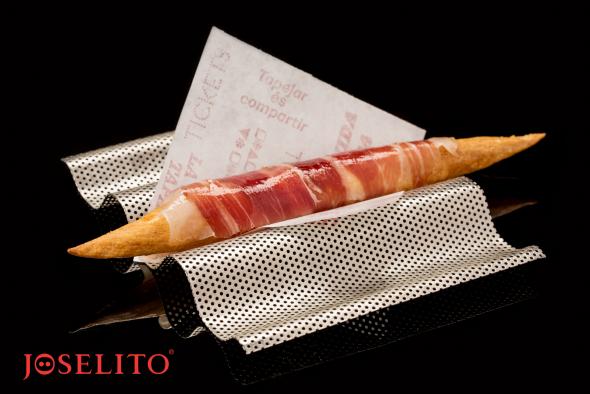 The Michelin guide to the Main Cities in Europe 2014 has published a list of 77 restaurants in different European cities, which have been awarded Michelin stars. In fact, there is only one new restaurant that has been awarded the highest score in this edition (3 stars) and it is in Spain: the Diverxo restaurant (Madrid), managed by chef David Muñoz.

Spain has not gone unnoticed at all in this edition of the guide and four more restaurants, in addition to Muñoz's, have received their first stars awarded by the guide from the French company.  And Joselito Spanish ham can be found at many of them. Shall we take a look?

- Tickets (Barcelona), by brothers Ferran and Albert Adrià and also by brothers Juan Carlos, Borja and Pedro Iglesias, with one star. This is the perfect stage where Joselito products, such as knife-cut Joselito ham or Joselito Coppa shine brightly under the eyes of Albert Adrià and his whole team.

- 41º experience  (Barcelona), also with Albert Adrià in the kitchen, where eating becomes a complete show starring the flavour combinations. In fact, the menu includes one of the recipes from Joselito Lab, created by the team at elBulli, the air baguette (URL).

- Gaig (Barcelona), headed by chef Carles Gaig. His proposal, a perfect combination of the sea and mountains, is scallops and artichokes roasted with Joselito cured papada.

- El Poblet (Valencia), with chefs Germán Carrizo and Carolina Lourenço, and the gastronomic leadership of Quique Dacosta, who has already received three Michelin stars at his restaurants. Joselito ham is accompanied with a classic that could not be forgotten from its proposal: bread with tomato.

It is clear that Spanish gastronomy is on the rise and, at Joselito, we are proud to be contributing to this asset, which is so important to our country and global gastronomy. In fact, Joselito is preparing to launch an ambitious project aims to support the younger generation of chefs from Spain . A project will be based Joselito all products with which these young chefs will give sole rein to their creativity and talent to create delicious recipes. Stay tuned to future issues of our blogs for more details of this delicious initiative.